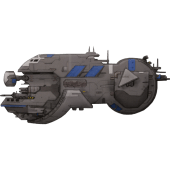 We provide Superior Tactics RTS 3.2.0 APK file for PC (Windows 7,8,10).
Superior Tactics RTS is a free Strategy game.
DownloadAPKPC.com helps you to install any apps or games available on Google Play Store. You can download Apps Apk to desktop of your PC with Windows 7,8,10 OS, Mac OS, Chrome OS or even Ubuntu OS. Also you can download apk files for your phones and tablets (Samsung, Sony, HTC, LG, Blackberry, Nokia, Windows Phone and other brands such as Oppo, Xiaomi, HKphone, Skye, Huawei…).
Please be aware that We only share the original and free pure apk installer for Superior Tactics RTS 3.2.0 APK without any modifications.

The average rating is 3.87 out of 5 stars on playstore.
If you want to know more about Superior Tactics RTS then you may visit Obdurate Software support center for more information

All the apps & games here are for home or personal use only. If any apk download infringes your copyright,
please contact us. Superior Tactics RTS is the property and trademark from the developer Obdurate Software.

Superior Tactics RTS is a real time strategy game where your fleet of space ships and tanks does battle with increasingly difficulty waves of enemy fleets. As you defeat the enemy, you earn credits and research points which can be used to buy stronger, larger ships, increase your fleet size, buy better weapons and equipment, or to upgrade the capabilities of existing weapons and equipment. Superior Tactics RTS features real-time strategy combat with the option to pause at any time to carefully consider your strategy and tactics. You can give orders at your own pace when the game is paused.

In the research menu you can upgrade your equipment. For example, you can increase the range or damage of your lasers, or make your missiles more heavily armored to resist point defense lasers. Which upgrades you choose could greatly influence your effective strategy and tactics.

Another special feature is the \’Perk\’ system. Perks are one-time special upgrades that affect your whole fleet. For example, the auto repair perk causes all your ships to slowly repair damage over time. Another perk upgrades carrier-launched fighter weaponry, and yet another causes friendly reinforcements to arrive in each battle to help you fight.

Online multiplayer pits your fleet against the best fleets from real players around the world and includes a ladder-based ranking system.

The campaign mode presents a non-linear sector based mission grid for you to work your way through and unlock accesss to purchasing newer, large ships to make your fleet more powerful.

In Superior Tactics, it is up to you to choose the best strategy that will counter each enemy fleet you face.

How to Play Superior Tactics RTS on PC,Laptop,Windows