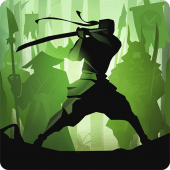 We provide Shadow Fight 2 2.0.4 APK + OBB file for PC (Windows 7,8,10).
Shadow Fight 2 is a free Action game.
DownloadAPKPC.com helps you to install any apps or games available on Google Play Store. You can download Apps Apk to desktop of your PC with Windows 7,8,10 OS, Mac OS, Chrome OS or even Ubuntu OS. Also you can download apk files for your phones and tablets (Samsung, Sony, HTC, LG, Blackberry, Nokia, Windows Phone and other brands such as Oppo, Xiaomi, HKphone, Skye, Huawei…).
Please be aware that We only share the original and free pure apk installer for Shadow Fight 2 2.0.4 APK + OBB without any modifications.

The average rating is 4.60 out of 5 stars on playstore.
If you want to know more about Shadow Fight 2 then you may visit NEKKI support center for more information

All the apps & games here are for home or personal use only. If any apk download infringes your copyright,
please contact us. Shadow Fight 2 is the property and trademark from the developer NEKKI.

Shadow Fight 2 is a nail-biting mix of RPG and classical Fighting. This game lets you equip your character with countless lethal weapons and rare armor sets, and features dozens of lifelike-animated Martial Arts techniques! Crush your enemies, humiliate demon bosses, and be the one to close the Gate of Shadows. Do you have what it takes to kick, punch, jump, and slash your way to victory? There’s only one way to find out.

– Devastate your enemies with delightfully intuitive controls, thanks to an all-new
fighting interface designed especially for touchscreens.

Shadow Fight 2. May the battle begin!

How to Play Shadow Fight 2 on PC,Laptop,Windows