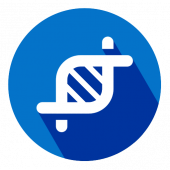 We provide App Cloner 1.5.9 APK file for PC (Windows 7,8,10).
App Cloner is a free Tools app.
DownloadAPKPC.com helps you to install any apps or games available on Google Play Store. You can download Apps Apk to desktop of your PC with Windows 7,8,10 OS, Mac OS, Chrome OS or even Ubuntu OS. Also you can download apk files for your phones and tablets (Samsung, Sony, HTC, LG, Blackberry, Nokia, Windows Phone and other brands such as Oppo, Xiaomi, HKphone, Skye, Huawei…).
Please be aware that We only share the original and free pure apk installer for App Cloner 1.5.9 APK without any modifications.

The average rating is 4.10 out of 5 stars on playstore.
If you want to know more about App Cloner then you may visit AppListo support center for more information

All the apps & games here are for home or personal use only. If any apk download infringes your copyright,
please contact us. App Cloner is the property and trademark from the developer AppListo.

Using App Cloner you can create and install multiple copies of your existing apps.

Cloned apps run in parallel and work independently from their original apps. They will not receive automatic updates so you can keep and run a stable version alongside the original app.

*** Don\’t install cloned apps on CyanogenMod. CM may have a bug that causes the launcher to crash. ***

*** WhatsApp is not supported as suggested by several recent YouTube videos. Please read on… ***

Cloning can be useful to simultaneously use multiple logins in apps such as Facebook, Twitter or Skype but the real fun starts by messing around with an app. App Cloner offers a multitude of options to tweak the new app copy, apart from changing the app name or icon.

For example, you can remove widgets or unnecessary permissions, you can disable auto-start, backups or intrusive app defaults. App Cloner can even extend a cloned app to add new functionality such as password protection, incognito mode with secure file deletion and you can lock an app to consume data over Wi-Fi only.

By the way, Android Wear watch apps and watch faces can typically also be cloned.

The full version offers these features:

Not all apps can be cloned. Cloned apps may crash, show errors or work incorrectly.

Cloning an app will change its certificate, which means the new app may not work in case it verifies its certificate or if it interacts with other apps by the same publisher.

App components that depend on the certificate such as Google Play services, Google Maps, Google Cloud Messaging or in-app purchases will not work and/or break the cloned app.

Some apps that can be cloned:

Some apps that can\’t be cloned:

If you find an app that cannot be successfully cloned you may use \’Report app issue\’ to indicate the problem.

To view and clone watch faces you may need to select Show all apps from the main menu.

All product names and brands mentioned above are property of their respective owners.

If you think there are tweaks worth adding or if you have suggestions I\’d love to hear about them at [email protected].

How to Play App Cloner on PC,Laptop,Windows

4.Install App Cloner for PC.Now you can play App Cloner on PC.Have fun!